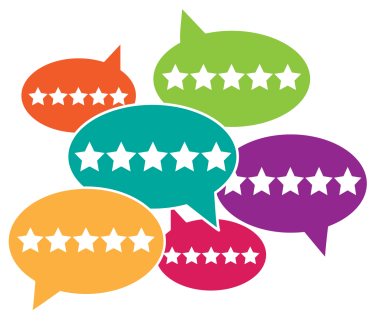 Shortly after I launched In Search of Mr. Anonymous, we took the kids on vacation to Niagara Falls. After the kids went to bed I went on Goodreads to see how my Giveaway was going. It was the first time I tried doing a Kindle promotion, which entailed me providing copies to 100 winners, and in return they were supposed to review my book. It probably wasn’t a good idea to check in while we were on a family getaway. Most people didn’t do a review at all. While it’s not mandatory, I was kind of bummed because it’s a good outlet to gauge reader reception. That’s when I saw it: my first one star review. I still remember the hot flush that crept up my neck and the sinking feeling in the pit of my stomach. This girl, who listed herself as a book reviewer, hated my book.

I couldn’t believe it. I know it’s a subjective industry and would never expect everyone to love it as much as I do. But for her to have such a strong negative reaction was hard to take. As much as I tried not to let it bother me, it kind of ruined the rest of the trip. All of the endless hours and blood, sweat and tears I had put into writing the story were dismissed in one foul swoop with the hashtag #donotreadthisauthor. I was devastated. Since then I’ve had a lot of people tell me they loved the book. I was so glad they shared my passion for it, but that reviewer’s words were still stuck in my head. And they made me doubt myself. This book also seemed more polarizing than most. People seemed to either love it or hate it.

What’s gotten me through it is that I stand behind my work. I love the characters and the storyline. If I could go back I wouldn’t do anything differently. I think part of the issue lies with my jacket copy because it doesn’t tell the whole story, as it shouldn’t. This book is steamy and sexy like my others, and I would say it has the highest heat factor. But unlike my first two novels, it’s not light and fluffy. And I wouldn’t call it a romance. I categorized it as Women’s Fiction because at its core it’s about one woman’s journey to finding love and herself in the process. I tackle topics such as love and loyalty, and how even the best of intentions can lead to devastating consequences. So the only thing I can think is that readers are expecting one thing based on the jacket copy and are thrown when the storyline takes a different direction.

About a month ago I saw a post on Facebook from a blogger who was looking for books to review from local authors. I contacted her and we exchanged a few emails to see if my books matched her interests. Once we established we had a fit, she warned me she posts reviews, positive or negative. I took some time to think over the decision as to whether or not to send it. Reviews are a very powerful tool, but it’s scary to be on the receiving end where you have no control over how it could go. And for someone like me who’s still looking to build a reader base, I worried about the damage it could do if she didn’t like the book.

If you’ve read my other posts you’ve probably figured out I’m an optimist. So I decided that you’ve got to be in it to win it, it’s better to have tried and failed than to never have tried at all, winners never quit and quitters never win. You get the idea.

As an author, you are opening yourself up to many different perspectives and opinions. Especially when you write fiction, which is subjective by nature. I know this so I decided to embrace it – and I’ve been holding my breath ever since. Her review went live today. I am thrilled that she loved the book and connected with all the things I love about it. She took something that had been a negative experience for me and showed me the beauty of the other side. Sometimes you just need a reaffirmation that your work resonates with people and adds a bit of happiness to their day. Because at the end of the day, that’s what I set out to do 🙂

Thanks Book Coffee Happy for the love! Check out her review and be sure to enter the giveaway!