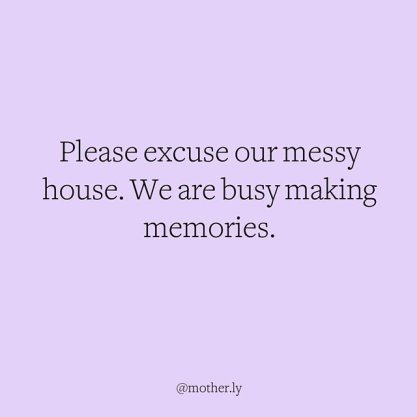 There’s a famous quote that says “your home is your sanctuary.”  I’d like to think that’s the case, but often times my home is far from the peaceful connotation that brings to mind. There are days when it feels like pure chaos. Toys strewn all over the floor, Legos clutter every conceivable surface in my son’s room, and piles of mail that don’t yet have a home fill many counters in my kitchen. I try to keep up with it. I clean up only to have the same mess the next day. Or mere hours later once my kids come home. Sometimes it exasperates me and when I complain to my husband he always says, “It’s called having kids.” I get it. We by no means live in a museum―nor would I want to. But I’m one of those people who can’t function when there’s a mess. I want my sanctuary.

Most days I feel at peace about the mess. But there are times when we’re in a rush and it looks like a war zone. One such occasion was on Halloween. I helped out with the class party at school. When we came home we dropped everything and it was a mad dash to get to the neighbors for trick-or-treating. Coats, backpacks, and shoes littered the hallway. Unopened mail and extra snacks were left on the counter. But I didn’t want the kids to miss out on the fun so I could clean. We met up with some friends and I was happy to put the mess behind me. We ended up splitting off in different groups and my husband was with my son and I was with my daughter. He called me at one point to check in and casually mentioned everyone was at our house for a water and bathroom break. Say what? I told him the house was a mess and I was mortified. He played it off and said no one cares. Well I cared.

I was not expecting company. Clearly. But I got over it because what else could I do? I tried to tell myself I don’t judge other people when I go to their homes. Though more often than not their homes are spotless because they had planned on entertaining. When I’ve commented about it people joke their homes don’t always look like this. I found it hard to believe because there wasn’t anything out of place. Not even one piece of mail. I wondered what I was doing wrong. And how did they keep up with the school papers, art projects, etc.?

Then I came across an article today that resonated with me. It was about a woman looking to declutter. She read Marie Kondo’s book about the Japanese art of decluttering your home. I thought, “I need that!” But as she was going through the decluttering process, she realized she was throwing away valuable memories. The method, which was meant to bring joy, was actually bringing her heartache. I get it. It seems there’s a fine balance. Too much stuff causes stress, but some of these items have an emotional value that can’t be replaced. My fridge is filled with work the kids bring home. Eventually I throw things away and they get replaced by something new. But the fact is there are memories being made, and sometimes the process is messy, just like life. So if our home reflects our lives, it’s not always neat and tidy. While my house can be a hectic and chaotic place at times, I’m trying to find the comfort in the chaos. My house is far from perfect, but I realized it’s filled with the two most valuable things: love and family. If I were to build my ideal sanctuary, that’s all that I’d need.

2 thoughts on “Finding Comfort in the Chaos”